It is the state of Hollywood, Napa Valley, Silicon Valley, Yosemite, stunning coastlines, and some of the U.S.’s most iconic cities . . . do we really need to make a list of OTHER reasons you should study English in California? We will go ahead and try, just in case you aren’t convinced you would have the time of your life on the “Best Coast.”

10 Reasons You Should Study English in California

New York likes to claim that it wins the “diversity award,” but California has some of the most diverse cities in the U.S. In fact, the majority of California’s population is made of minority races and San Francisco and San Diego have both been listed in the top 20 cities in the U.S. for cultural diversity. Settlers originally came from China, Japan, and even Russia (have you heard of the Russian River?) Today, immigrants from throughout the U.S. and around the world make California their home. The result? A state filled with open-minded people, many cultures, unique architecture, and delicious foods. 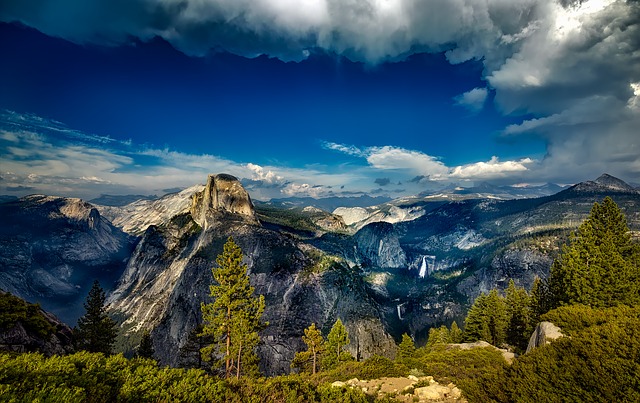 California has scorching desserts (Death Valley!), beautiful beaches (too many to count!), and everything in between. In one day, you can start your morning in Lake Tahoe (located in the Sierra Nevada mountain range), then you can end that same day dipping your toes in the waters of the Pacific Ocean. The most beautiful national parks, such as Yosemite and Redwood National Parks, are must-see natural landscapes.

California is famous for its beaches, but many people do not realize that the state has a massive agriculture industry. In fact, California’s agricultural industry is twice that of any other state! California’s 76,000 farms and ranches produce some of the highest quality vegetables, fruits, and meats. (This explains why there are so many great farmer’s markets for residents to enjoy!) Wine regions throughout the state produce world-famous wines, and olive trees are also common in this Mediterranean-style climate: the state has more than 400 olive growers and olive oil producers. Of course, with its proximity to the Pacific Ocean, fresh seafood is always an option in California. All of these high-quality ingredients create the tastiest California foods!

Los Angeles, San Francisco, and San Diego are world-famous favorites, but California also has many small towns with charm and beauty. Explore mining towns such as Julian and Nevada City to feel as if you have been transported back in time; gorgeous towns such as Yountville and Cambria are perfect for weekend trips.

#5: The coolest English accent (and slang)

Maybe we are biased, but the West Coast really is the “Best Coast” when it comes to its accent! The California accent was made famous by Hollywood, and many think it is the most clear and easy–to–understand accent. Learn how to speak like a Californian in our article How to Speak Like a Californian and pick up some surfer slang with our Surf Slang Guide.

With the beaches and beautiful weather, is it any surprise that Californians love to exercise? In California you can find state-of-the-art gyms, incredible yoga and Pilates studios and instructors, fun classes such as Body Pump and Barre, and Crossfit. You can also enjoy the weather and go hiking, take part in water activities such as surfing and kitesurfing, canoeing, kayaking, and paddleboarding. During the winter, try some of the nation’s best skiing in Lake Tahoe, Mammoth, and Big Bear.

Is it any surprise that the same people who stop to watch the sunsets and love to surf are also happy, laid-back individuals? Californians are often told they are the friendliest people in the U.S. Come see for yourself!

It’s difficult to grow tired of California’s beautiful cities, but if you ever feel the urge to explore, the rest of California is waiting for you! Napa Valley, Santa Barbara, Yosemite, Hollywood . . . even neighboring Las Vegas is a quick trip. Where will you go, what will you see, and who will you meet?

Since 1972, CISL has provided students with quality English instruction in the small classroom setting (never more than 8 students per class)! Learn more about CISL’s San Francisco and San Diego locations (and its many programs, including Executive English, Cambridge CAE and FCE, and Career English) by visiting the CISL website.

8
by CISL Adminin Student Life in the USA