There are so many ways to enjoy nature and stay in shape while studying English at CISL San Diego or CISL San Francisco. From the running routes to the hiking trails to the yoga classes, there is always something to do that will keep you in shape!

Another great way to exercise while you are an international student in California is by biking. San Diego and San Francisco both have great bike paths to help you see the cities while exercising. Check out some of the best sites to plot your next ride, but before you do, be sure to learn some bicycling vocabulary!

It probably isn’t surprising that many of the bike paths in San Diego are near the ocean. Ride with the ocean breeze in your face and the smell of the salty sea in the air, and make sure to stop along the way to enjoy some of the boutique shops and beautiful natural sights!

CISL students love the Mission Bay ride, which is 12 miles in total. The many bike rental companies in Mission Beach make it easy to rent a bike if you don’t have one! Check out the City of San Diego’s website for an excellent article about the Mission Bay Bike Ride.

The local SD newspaper, the San Diego Union Tribune, has published an excellent guide to biking. This detailed article provides information on the level of difficulty for each trail, tips on where you can stop for bathroom breaks, and other pertinent information such as where to park, things to look out for (such as traffic, or pets on the trail), and ways to extend the trail if you’re not tired once you’ve reached your destination.

This trail, which takes you from Coronado to Imperial Beach, is a favorite for San Diegans (it can also be walked)! Choose between starting or ending in Coronado, home of the famous Hotel del Coronado and the beach voted the Best Beach in the U.S.

Are you ready for a strenuous ride? Check out the Bayshore Bikeway! This route, which is recommended by the San Diego County Bicycle Coalition, is a total of 24 miles: 13 of these miles are car-free, and the remainder is on designated bike lanes or bike routes. After a ferry ride across the San Diego Bay, your route begins at the Coronado Ferry Landing. Cyclists go through Coronado, the Silver Strand, Imperial Beach, and Chula Vista before ending Downtown.

See the iconic bridge in an entirely different way with this famous cycling trip! Starting in San Francisco, make your way across the bridge and ending in charming Sausalito. (Don’t forget to enjoy the view from this side of the Bay!) Numerous cycling companies offer bike rentals and tours.

Don’t want to bike uphill in a city known for its steep terrain? Check out SF Gate’s excellent Guide to Flat Routes in SF. The secret to avoiding the hills? Knowing when to turn off of heavily traveled streets onto smaller, less-traveled ones in a way that avoids inclines. These routes are known to locals as “wiggles” and, according to SF Gate, “The best known of these serpentines is the one Weiss now correctly uses to connect central Market, via the path behind Safeway and through the Lower Haight, to the Panhandle and the western neighborhoods beyond.”

In addition to some of the more popular routes, SFist’s Guide to SF Bike Paths provides routes that are slightly lesser known, such as the beautiful Baker Beach ride that’s just 5 miles from the Panhandle. Locals know best! 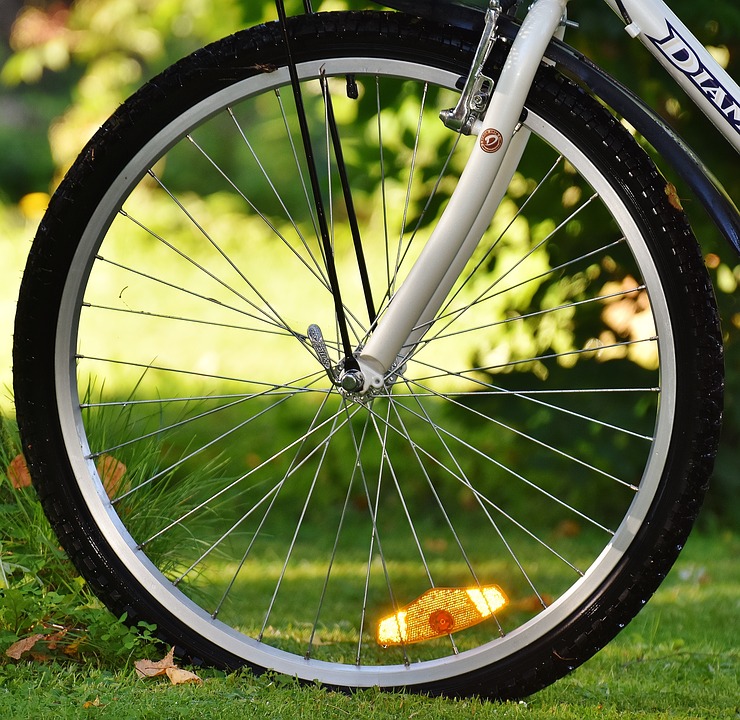 Do you know each of these words? If not, look them up!