ESL law vocabulary (in honor of the Serial podcast!)

Are you interested in improving your English outside of the CISL classroom? Listen to Serial, the most downloaded podcast to date! This podcast, which is about a real-life crime committed in 1999 in the United States, is an excellent (and fascinating) way to practice your English listening skills. Read our overview of the podcast to understand the story. Warning: you will be hooked!*

Before listening, ask yourself if you know the words below: they are all related to law or the judicial system. Knowing these words will be helpful when listening to Serial, but they are also useful vocabulary words if you are interested in visiting the San Diego County Courthouse. This is a trip many CISL classes take and it’s an incredible experience to see a live courtroom!

Definition: to charge with a crime.

We use “accuse” in two ways: passively, and actively.

Passive use: To be accused of a crime

Active use: To accuse someone of a crime.

Definition: To be taken by police

Definition: to go through the whole legal process

Convicted of (a crime)

Definition: to be determined as “guilty” 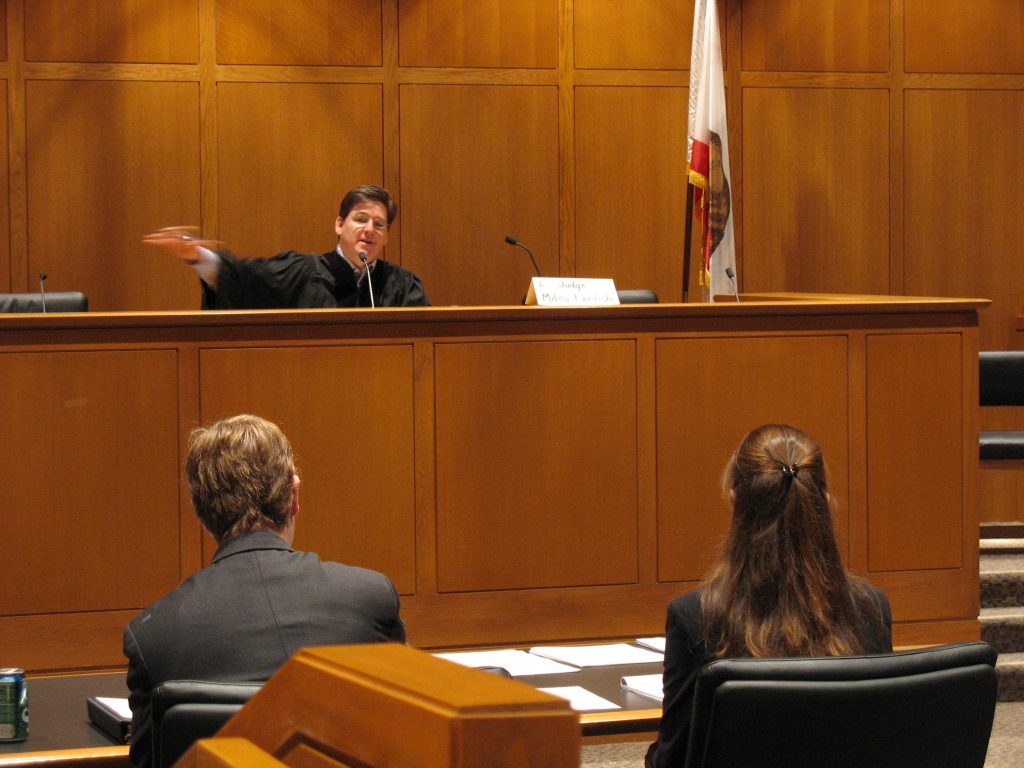 The following is a list of people you need to know who are involved in the court system.

We hope you enjoy listening to this riveting podcast!

7
by CISL Adminin Learning English, Student Life in the USA
Out and about in Georgetown (Washington D.C.) with the CISL Junior ProgramTOEFL Reading Practice + The Origin of the California Flag